Everyone (well ok maybe not everyone…) loves werewolf movies. I know I sure do.  Here are 7 of my favorites, please comment or tweet what you favorite ones are! 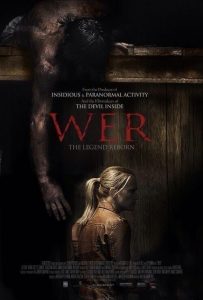 Wer made in 2014, makes it the newest movie on the list. A definite fresh take on a werewolf movie, you won’t find any agonizing transformations in this one. The script keeps the movie going at a good and steady pace with no low points once it gets going. The weakest thing in the movie for me would be the opening credits. Keep watching past hem and you are in for a treat you might not have seen before. 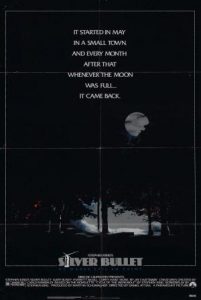 One of the few Stephen King adaptations in which the script was actually written by King, Silver Bullet captures his rich, nostalgia-strewn portrait of small-town life and the paranoia, anguish and anger caused when a werewolf begins picking off residents right and left. At its heart, though, it’s a good old-fashioned murder mystery with just enough humor to lighten the mood.

Neil Marshall’s directorial debut is a turbo-charged action bonanza that plays like Night of the Living Dead meets Aliens, with werewolves. A group of British soldiers on a training mission in the Scottish Highlands encounter a pack of werewolves and end up barricading themselves in a farmhouse, not realizing that it’s the wolves’ home. Tongue-in-cheek humor and imposing creature design make this one of the most entertaining monster movies of all time. 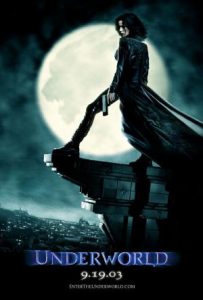 Packed with action with both Werewolves and Vampires. Brings in a Romeo and Juliet take on it. The “design” of the werewolves probably one of the better ones that I’ve seen. Great special effects that don’t totally rely on CGI. 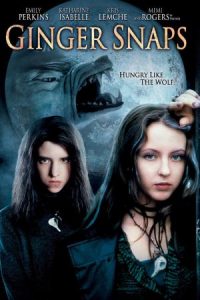 A darkly humorous streak colors this Canadian  production (which spawned two sequels) that smartly parallels lycanthropy with puberty. Morbid teen aged sisters Ginger and Brigitte find themselves growing apart after Ginger is bitten by a werewolf and begins to undergo unusual “changes.” 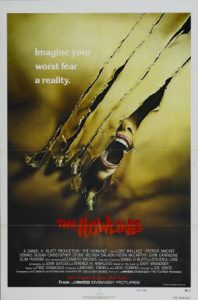 Scary and suspenseful with outstanding effects, yet still peppered with self-referential comedic touches,  The Howlingis an absorbing story of a TV news reporter (Dee Wallace) who ventures to a psychiatric resort after suffering amnesia and discovers that it’s overrun by werewolves.

Director John Landis (Animal House, The Blues Brothers) brought his comedic roots to this tale of an American tourist who’s bitten by a werewolf and is then haunted by violent nightmares and ghosts urging him to kill himself to end the curse. Despite the humor, it’s the groundbreaking, grisly special effects of the transformation scenes that most identify this fan favorite.