Have you ever finished a movie, and while the credits are rolling ask yourself, “What were they thinking?” Well that’s exactly what I did after watching this next film. With a film that had as much hype behind is as this one, I was surprised at the outcome. What was the killer of the film? Read on for my thoughts. 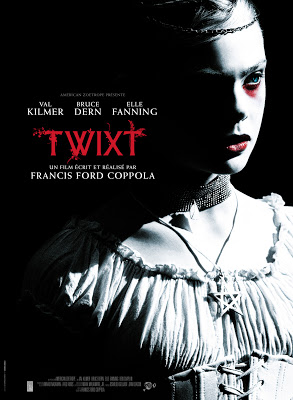 Twixt is about a struggling writer named Hall Baltimore (Val Kilmer) who has resorted to drinking and the moniker of “a bargain basement Stephen King”. Hall is tired of writing failing witchcraft stories and while in a small town, gets an offer of his dreams. While investigating strange deaths in the town, Hall is thrown headlong into a blended world of dreams & reality.

The film is not the completely terrible; there are moments when you really want to find out what happens next, but with bad green screens, cgi, and extremely bad pacing issues the film becomes hard to watch and ultimately a letdown. Written, Directed & Produced by Francis Ford Coppola the film never really had a solid sense of direction. I feel like too many plot elements resulted in the film being overly complex.

The acting in the film was one of the only qualities I enjoyed in the film. Val Kilmer holds his own, and re-affirms why he was so popular in the 90’s, Young Elle Fanning hits a homerun as V, and gives her older sister a run for her money. The rest of the cast is decent, but none really stand out as great.

Unfortunately, Twixt is not for everyone. Some will hail its artistic cinematography and used of “Touch Of Color”, will others will really get lost in the muck. The pacing issues are the hardest to get through. The middle of the film makes the film drag on for what seems like an eternity. Lack of movement and anything exciting left me wanting more, so when the film actually starts to pick up, it abruptly ends. The ending left me saying “WTF” and “You got to be fucking kidding me”. Nothing is resolved and nothing is really explained.

The most distracting aspect of the film is the weird and often overly fake green screen. By the looks of it, the effect was to add a dreamy aspect to the film but unfortunately it fell very short. I get the goal but it just wasn’t successful.

The film just doesn’t really do much for me. There are just too many aspects of the film that make this a very low caliber film, and effort by the great Francis Ford Coppola. Plagued by terrible pacing, low rate cgi green screens GLP gives Twixt, a 1 out of 5 stabs. If you want to see this film for yourself you can check it out on Amazon. 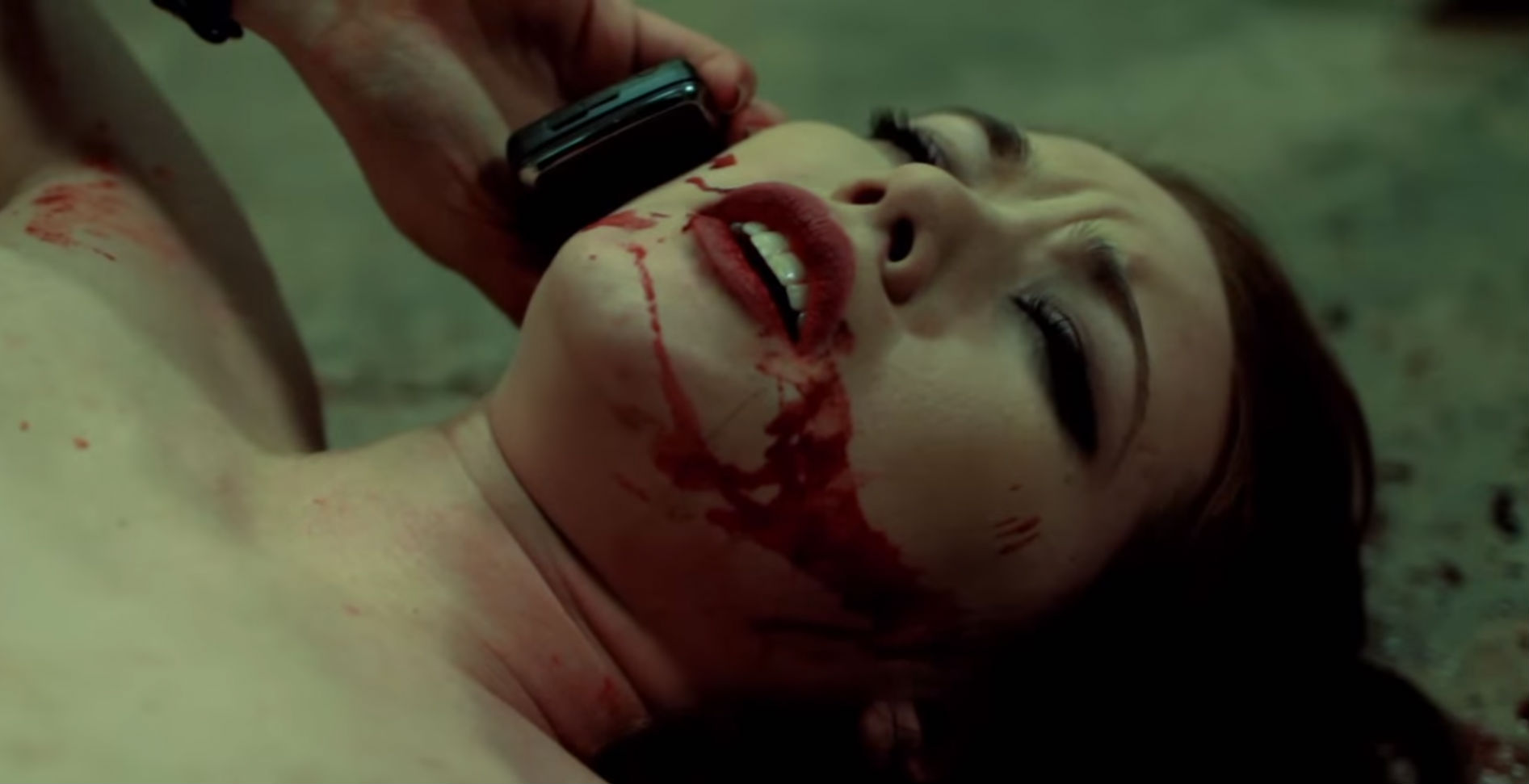 Usually I’m hot and cold with indie horror. I feel a lot of indie film makers use horror as a…means to an end, they are some of the easiest films to make, you don’t need an extremely large budget, and almost everyone wants to “die” on camera. Needless to say when I had the pleasure of meeting Adam Ahlbrandt at Horror Hound Weekend in Indianapolis back in September, I was a bit skeptical. Don’t get me wrong, Adam was a very nice guy and we had a very nice conversation about our favorite franchise (Friday the 13th) but ultimately I realize he was there to sell and promote his film. With that said I thought he was just trying to make a sale and hype up the film, I was wrong.  Adam is a totally awesome dude and after talking at the con, I hit him up on Facebook and asked to review the film. So now we are here.

Cross Bearer is a good movie, I was entertained through out its entirety. My warning to readers is that it is a genre film. My guess is that most casual horror fans will not enjoy this film…partly because of the content and the fact that they wont understand it. It’s an easy story to follow, but the excess nudity and sleaze will more than likely turn away the casuals, While bringing out all of the true genre fans foaming at the mouth.

The film is about a dancer (Natalie Jean) who is trying to turn her life around, after devising a plan with her girlfriend (Kacie Marie) figure out a way to turn their life around. Only there plan takes a drastic turn when they face the judgment of god. I think the story is great. I always find some form of fascination from religious yahoos, I mean people really do kill for their religious beliefs every day, that much is evident over seas. So when I see films and stories of people killing in the name of Christianity and shit like that, it puts chills down my spine. That shit could actually happen!

I think my favorite aspects of the film are the special effects and cinematography. I am not sure what the budget of the film was but regardless the makeup effects were very good. Gore Hounds should be satisfied with the amount of red stuff and over the top head bashing’s. At one point the killer gets crazy with a head & hammer and turns a skull into brain soup. The cinematography was set up well in the beginning of the film offering some unusual camera angles, then once the action starts becomes a by the book slasher thrill ride that will leave you utterly satisfied. You may also notice some tracks from the band CKY which make an appearance in the film. Which is fitting due to former member Deron Miller is an avid horror film and CKY stands for Camp Kill Yourself.

The film has its share of faults. Some editing mishaps here and there and a bit of overacting, however it do not take away from the overall aspect of the film. There is a scene of banter between the cast that takes place in the car. while it is written well, and is a believable conversation, I felt the actress’s delivery was forced. Almost as if she was reading straight off the script.

Collectively I enjoyed Cross Bearer. Writer and Director Adam Ahlbrandt did a really good job with making this project a reality. GLP gives this indie blood bath a 3 out of 5 stabs for great practical effects, cinematography, and creative story. If you are interested in learning more about the movie or getting it for yourself check out the movies official website.