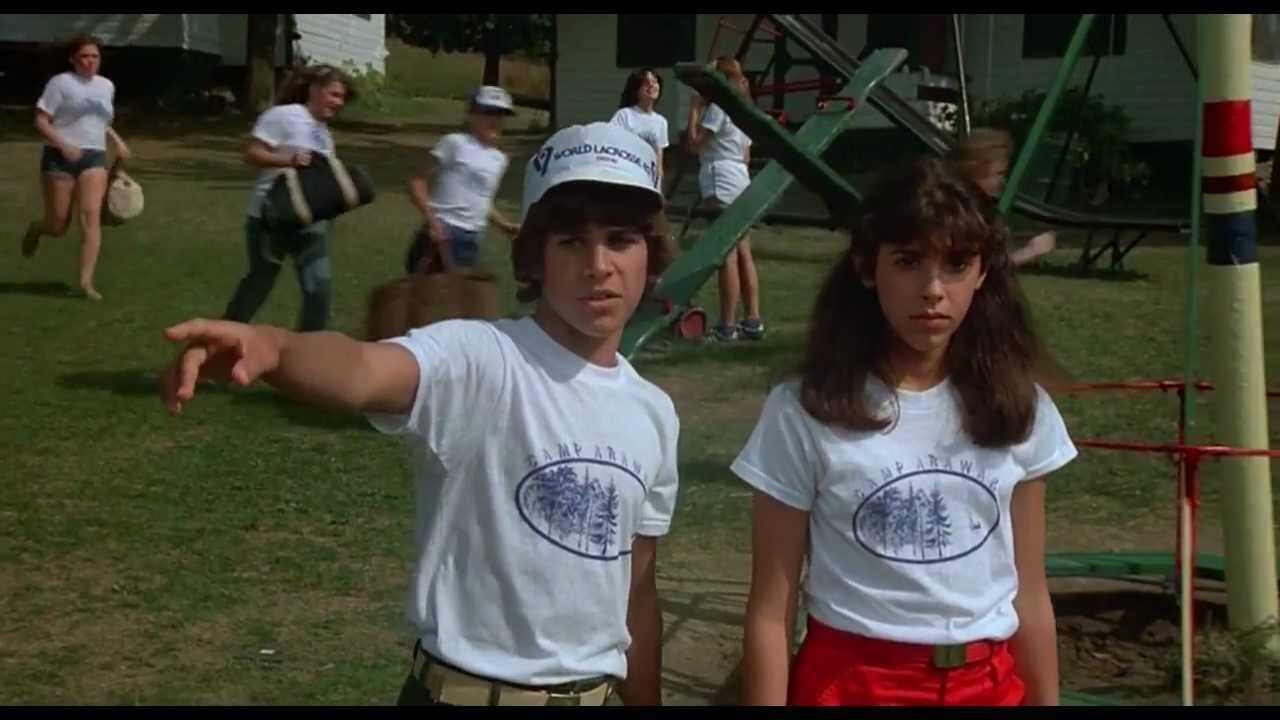 Sleepaway Camp is a movie that I will absolutely never forget, and for those of you that have seen this cult classic you understand why. Sleepaway Camp really embodies that of the Slasher genre. With slick kills and an ending that will have reeling for days after you first see it, GLP has nothing but praise for Robert Hiltzik’s little gem of a slasher flick.

This title has a familiar story line to most slashers of the early 80’. Camp setting, unknown killer on the loose, ect. What it does have , however, is a fresh look & twist on what was then a fairly new formula. All the usual suspects are also present. You have the bully, the hot head, the quiet one, the old wise man, the nerdy kid, and a slew of random that are introduced but not really expanded upon. Even with that, the film manages to find a way to keep its audience captivated. 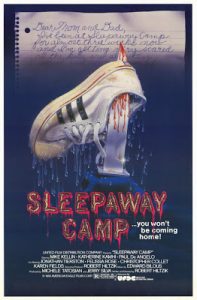 The basic plot is 2 live in cousins Ricky and Angela go to Camp Arawak for that summer. Being the new kid at summer camp Angela is picked on by most of the camp regulars. But something sinister is picking the tormentors off one by one, until the final revile that will leave you stunned.

At the time the formula had not been done too much, Camps however seemed to be the go to setting for horror movies in the early 80’s. Can your really blame them though. I always thought there was something extremely creepy about being surrounded by all that nature, the feeling of seclusion, the endless woods, and most of the time a bleak lake. Regardless of the popular setting, Hiltzik made it work. Not so much by focusing on the setting but developing the story around it.

The two main characters Ricky and Angela played by Jonathan Tiersten and Felissa Rose really make this film great. The evolution of Felissa’s character throughout the film is mesmerizing. She doesn’t even say a word until almost the 30 minute mark, causing an air of mystery to the character of Angela.  Ricky on the other hand is almost an exact opposite to her. Ricky is a foul mouthed hot head teenager who is constantly sticking up for his cousin, and having been to the camp before, seems to have a good grasp on the individuals at Camp Arawak.

The film boasts rather impressive special effects. All of the scenes are very well done. Even with a rather low amount of the red stuff, the kills are effective. I think m favorite part of the movie besides the ending is the fact that there are a large amount of deaths that don’t use traditional weapons. Hiltzik did a really good job of incorporating the setting for cause of deaths. What I mean by that is, using items that are not necessarily man made like guns and knifes, but things that nature itself created.

All and all this film really optimizes the early 80’s slasher genre. With great special effects, a great leading cast, and a fresh take on a relatively common formula. Sleepaway Camp will deliver to just about every horror fan out there. Don’t let the lack of red stuff fool you. This film will deliver all the goods and maybe a little more than you expect! GLP gives this move 5 stabs, for its, even then, fresh take on the slasher formula, excellent leading characters and the most shocking slasher ending of all time! If you are interested in buying the film you can get the stand alone DVD here, or if your luck you can get your hands on a good copy of the special edition “Survival Kit” boxset which is now out of print here. You can view the original trailer below!