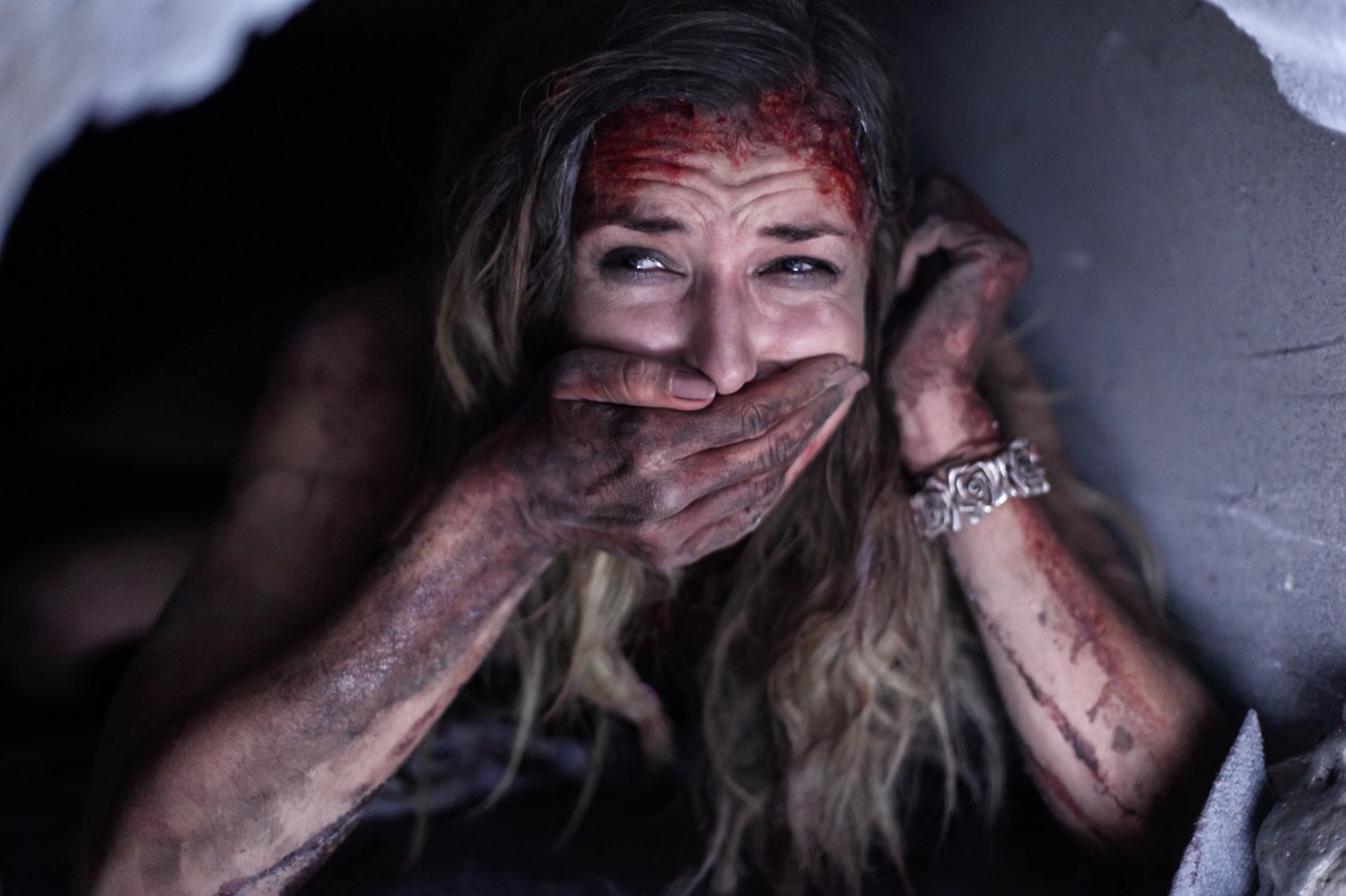 I’m usually not a fan of disaster movies. There are some that I really enjoy, but most of those have been marred by the remakes of the predecessors. Take the Poseidon Adventure, the original is great, but the remake stunk to high heaven’s. Movies like The Poseidon Adventure & The Towering Inferno are great stables in cinema. A new trend in disaster movies has taken over with the introduction of CGI in film. These films try to capture the “what if” idea and push it to a new level. Modern films are just over doing it. I do however appreciate disaster movies with horror elements. Films like Cloverfield, 28 Days Later, He is Legend ect. These films have disaster film elements but are not really considered disaster movies due to the horror aspects of Monsters & Zombies. I can’t really recall a horror/disaster movie until I saw Aftershock.

Written by Eli Roth, Nicolàs López & Guillermo Amoedo, Aftershock is about 3 friends in Chile searching for chicks and a good party. While the friends are at an underground club in Valparaiso an earthquake hits casing massive damage, mass hysteria, and violence among others. To top it off, prisoners of a nearby prison have escaped due to the quake.

The film is wickedly entertaining. I actually enjoyed it more than I thought I would. The acting in the film is good. The film stars Eli Roth, Andrea Osvart, Nicolas Martinez, Ariel Levy, Lorenza Izzo, & Natasha Yarovenko. Overall I was pleased with the acting, there is a good blend of English and Spanish which made the film an easy watch. There was also a good amount of humor in the dialog which was a nice plus. Eli did a very good job with his part and was surprised by his performance. Nicolas Martinez stole the show however this his over the top character. Selena Gomez make a cameo appearance too!

The story is great, a lot of things happened that I didn’t see coming which was a great breath of fresh air. Normally these movies can become very formulaic, while still entertaining, but it was cool to see some things come out of nowhere. The effects were ok, a lot of CGI was used, but its kinda hard to get around with a film like this. There was however, a good amount of practical effects too, which helped even out dynamic. The film is surprisingly gory too. The viewer gets some smashing, shootings, impaling, dismemberment, and more.

While this is a shorter review than normal, I can’t think of any glaring anomalies in this film. It’s a fairly straight forward horror film with a disaster twist. The writing was witty, and the acting was good. GLP gives this film a solid 4 out of 5 stabs. I would highly recommend checking this movie out. If not for just the sheer fun of it, but the totally awesome ending.