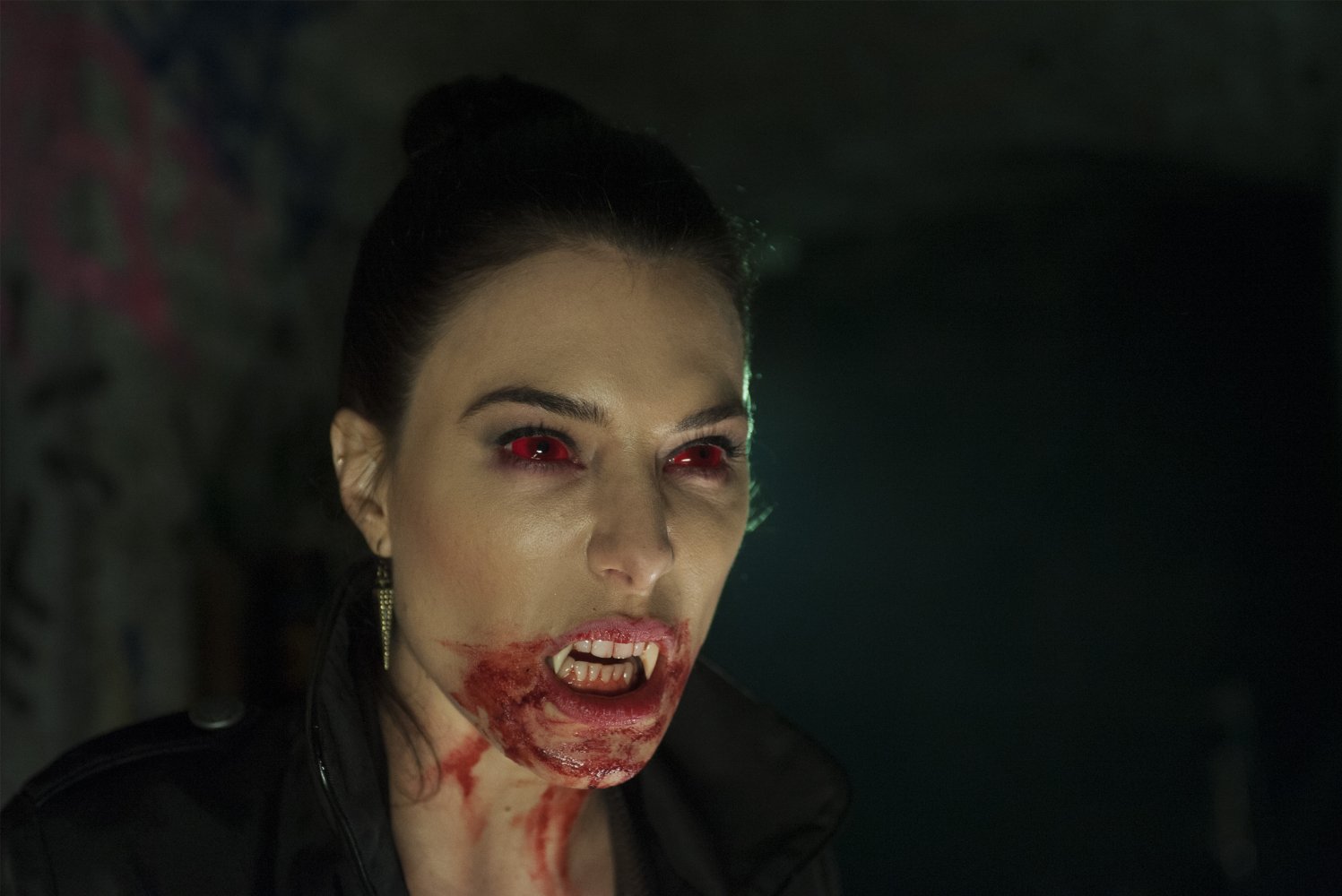 Vampires have almost always been around in some form or another. In the 80’s a great vampire flick named Fright Night helped put a modern spin on the vampires of the past. Shortly after its sequel (Fright Night II) arose from the coffin but failed to turn any heads. Fast forward to 2011, A remake steps into the light. Capitalizing on the success of many Real-D movies beforehand Fright Night re-emerges with a fresh new spin on the classic 80’s fare, and a hip new cast. Which leads me 2 year after…yet another remake has stepped forth, but in the form of a sequel. 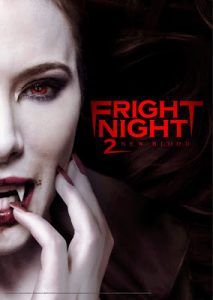 Fright Night 2: New Blood is straight-to-video film about 3 friends studying abroad in Romania. One of the students starts getting suspicious about his teacher and soon finds out that some secrets
are better left unknown. The film was good, but unfortunately none of the actors of the first remake reprised their roles for this installation. While it would have been nice to see the character back for a second time it wasn’t necessary, because this film has nothing to do with any of the events in the first. The only similarities between this film and Fright Night (remake) are the characters names.

This is where I became confused. The film’s title is Fright Night 2, it has pretty much all of the same characters, but are not connected at all. Usually with a sequel containing the same characters, the film would be a continuation of the last…this is unfortunately not the case at all. Directed by Eduardo Rodriguez, Fright Night 2 is its own film. There is no story continuation. It acts like the original remake never happened. Jerry Dandrige is now Gerri Dandrige and is female. The characters of Charley and Ed still seek out Peter Vincent who is the host of a paranormal hunt show.

With this slight over site out of the way, the film is still rather good. The acting was done very well. Will Payne does a good job as Charley. Chris Waller is almost a spot on Ed. And Sacha Parkinson is a wonderful Amy. The stand out of the film for me however, was the gorgeous Jamie Murray (Dexter). Here portrayal of the now female Gerri Dandrige was great. She’s screams sex throughout the entire movie. Even when she vamps out she has this sex appeal the really makes the character of Gerri stand out.

There is a lot of red stuff in this film, most of which is CGI effects but it’s done with a very fine precision and looks polished. The viewer gets blessed with a throat slitting, an eye stabbing, tons of crucifix burns, and a sunshine evisceration. The film also boasts a very high t&a count, with a full frontal female nudity & some various booby shots. There is not much for the female views except for Sean Powers shirtless…sorry ladies.

As I said the film is good. I wish it were called “Fright Night: New Blood” but I understand why Fox decided to release it that way. I would defiantly look into this film as it really was entertaining and fun. GLP gives this blood sucker a 3 out of 5 stabs for good story, acting, and visual effects. Fright Night 2 is available on DVD and Blu-Ray/DVD Combo.